Posted on September 11, 2013 by wildwahinepaddler 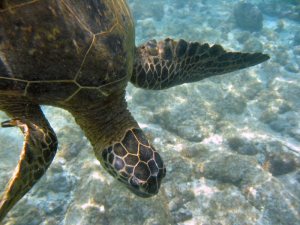 It was windy today!!!!   I went out paddling anyway, but I knew what I was in for.  The wind was blasting out of the south so I knew I couldn’t hope to make it down to the boat ramp today, but I decided to paddle into the wind as far as possible.  I ran into a paddling friend who was paddling south but it wasn’t the kind of day that you could sit for a minute and chat!  I paddled against the wind down to Kam II and then the wind gusts made it hard for me to hang on to my paddle!  The white caps had also appeared and were pushing me around, so I decided to paddle north with the wind.  That wasn’t so easy either, because although the wind was blasting from the south, way out the white caps were proving that the wind out there was blasting from the north!  When this happens, it’s like paddling in a washing machine!  I paddled as far as Charley Young Beach and then I turned around and struggled against the wind to get back to Kam I.  The wind just wasn’t going to let up!  Getting my board up the beach was a trick too with the wind pushing against it.  I knew my swim would be bumpy and it was, but just as I had turned around by the reef to swim back, a huge turtle appeared!  It was one of the biggest turtles I have ever seen, so I turned around and swam with it.  I guess not my day for turtles because it showed zero interest in me!  I turned around and swam north with a push from the wind and when I got back to Kam I,  I was getting ready to go in and had taken off my mask and fins.  Suddenly a few feet from me a turtle popped its head up, as if to say, “Hey, what about me?”  It must have been swimming right behind me because I had not seen it!  I quickly put my mask back on and started to swim while trying to get my fins back on.  The turtle was still there and I swam with it for a while!  Then it started to surface in front of me and as it came up, I gave it a rub on its shell!  It turned back and looked at me and then swam right next to me for a while.  The turtle was in no hurry!  Then the turtle dove down and started to swim out to sea so I turned around and headed back.  Now I was swimming against the wind!  It took me a while to get back, but I’m sure glad the friendly turtle appeared to make my day!!

I have been happily living on Maui for the past twenty-four years. I have been stand up paddling for over five years. I am married to Bob; have three grown children, five grandchildren,( two grandsons and three grand daughters.) I live in Kihei, on the South shore of Maui, right up the street from Kamaole Beach Park I. I paddle from Kam I almost every morning. I love living the island life and I love sharing my paddling adventures! Come join me! Maui No Ka Oi!
View all posts by wildwahinepaddler →
This entry was posted in women sharing stand up paddling adventures. Bookmark the permalink.
Loading Comments...
Comment
×
%d bloggers like this: