Posted on November 8, 2017 by wildwahinepaddler

It was just going to be a breezy day.  I just hoped it was going to back off….. but with the exception of TWENTY minutes….. it stayed breezy!  I love Paddling anyway so I paddled south with my hope… which I gave up on by the time I reached Kam 3.  Oh well….. I paddled back to the point where there were TOO MANY tourists snorkeling but I did see several turtles ( even perhaps the smallest turtle ever seen at that spot!)  One larger turtle did hang on the surface and pop its head up a couple of times ….but snorkelers were in my way so I could not get a photo.  Sigh.  I know it’s just going to get worse as winter approaches on the mainland.  Swimming was great, though, and the water is still very clear! 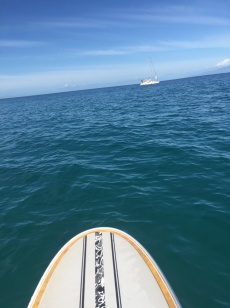 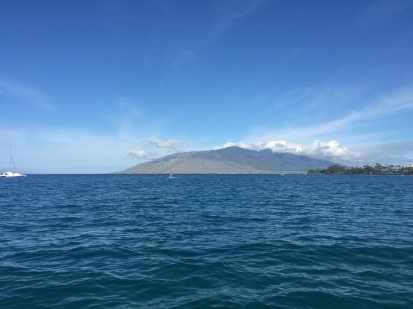 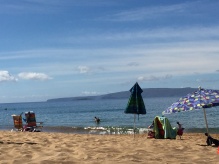